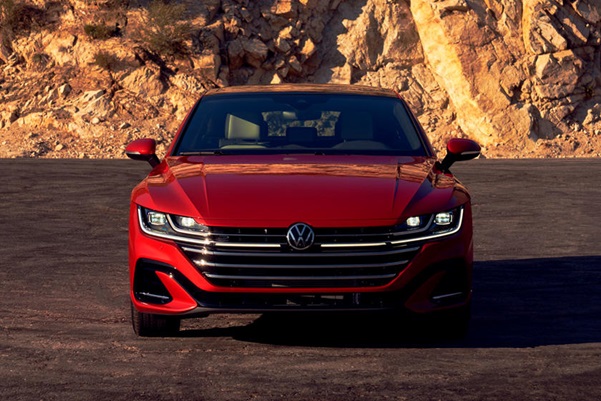 The 2022 model year edition of the Volkswagen Arteon can be best described as a display of rolling art that makes it the flagship model of the brand. The 2022 Volkswagen Arteon is expected to come in a sleeker body of four-door hatchback but also imbibes some flashy sedan-like shape and a surprising number of functionalities.

When asked, the sales department of the most popular Volkswagen dealership near San Bernardino  explained that the popularity of the 2022 Volkswagen Arteon is majorly because of its spacious cabin that also offers a large sized rear seat which people always look for. The cabin also leave a generous amount of cargo space allotted under its rear hatch.

New Entries and Changes for the Year 2022

For the year 2022, Volkswagen has enhanced the turbocharged engine of the Arteon models and paired it with a new transmission. As a result, the same 2.0-liter four-cylinder engine can now make 300 horsepower which is 32 more horses than before while delivering 295 pound-feet of torque which is also 37 count higher than its earlier record. The engine is now paired to a newly introduced seven-speed dual-clutch automatic transmission that now channels the engine power to the front wheels by default. This new transmission has replaced the earlier eight-speed automatic gearbox. The entry-level SE trim of the 2022 Volkswagen Arteon model series also gets a few changes like new pairs of 18-inch wheels, wireless device charging, and front and rear parking sensors. The next higher trim SEL R-Line now gets all-wheel drive as standard and can also be fitted with an optional package of 20-inch Dark Graphite wheel.

Inside, of all the 2022 VW Arteon, comes a well-furnished cabin dressed up in high-quality materials. Nevertheless, the abundance of interior room in every 2022 VW Arteon prompts the big sized five-door model to maintain its rakish profile. There are two large-framed doors that invite tall  passengers with ease, while the rear seating is amazingly accommodating, making the 2022 VW Arteon one of those family vehicles that never fall short in market demand.

As shown to us by the staff members of the San Bernardino Volkswagen dealership, after making place for five adult people including the one who occupies the cockpit, the 2022 Volkswagen Arteon models leave around 27 cubic feet of space for cargo, which is enough to carry the luggage for a long holiday. Other features of comfort includes heated front seats at the lowest level while you can ask for ventilation on the higher trims for those seats, along with a massaging feature for the driver and a power lift gate.

In short, we can say that the 2022 Volkswagen Arteon moves with utmost elegance, while its well-equipped cabin endorses its class-leading versatility.

What is North Park Lincoln, and how is their service?

3 Things to Consider before Renting a Car in Dubai!

A Short Review on the 2022 Volkswagen Arteon Model Series

Reasons to Drive Home a Chevrolet Spark in the Year 2022