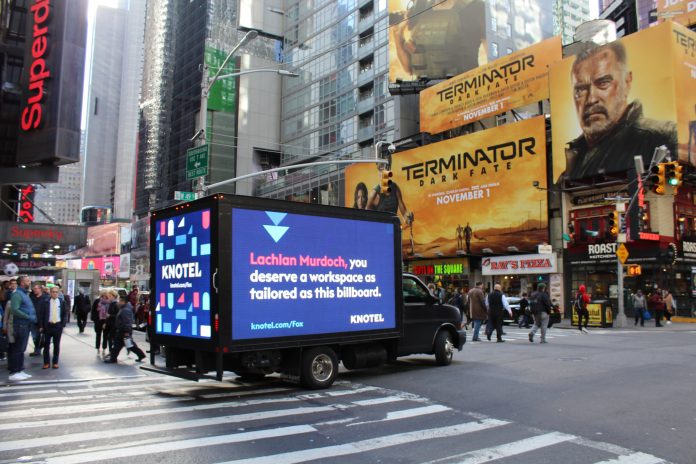 Mobile billboard advertising should be displayed on the side of a bus or truck. The purpose is to spread awareness to everyone who comes across the vehicle. Unlike standstill billboard advertising, this method of advertisement is effective. There are myriad reasons for choosing or switching to mobile advertising. Here, the pros can outweigh its cons.

Firstly, mobile billboard advertising is less expensive when compared to running advertising commercials or displaying a stationary billboard. It is an efficient and most cost-friendly form of marketing and advertisement. More importantly, mobile billboards allow you to reach out to target audiences throughout the place. The vehicles that carry these advertisements will be driven continuously in every nook and corner. As a result, your brand’s message can be disseminated across a targeted neighborhood, especially within highly-trafficked areas. You can exercise more control over specific ad campaigns. You’ll get an opportunity to track your vehicle’s progress that carries the mobile billboard. It’s easy to track your vehicle no matter where it goes; thus, you can determine the audiences it can reach. If you have hired a private driver for your mobile billboard advertising, you can give them instructions on when and where to stop.

In some cases, drivers responsible for carrying out the billboard advertisement can be given instructions to stop in areas with a dense target demographic. These can help your ads to reach the minds of potential buyers. Unlike the advertisements displayed in print media that can get noticed by only a few individuals, mobile billboards can grab the attention of maximum buyers. While in the case of online media, the viewers can navigate away or turn the page to avoid the advertisement, the billboard advertisements help your message reach out to almost all audiences.

An efficient mobile billboard vehicle comes with an added advantage as they’re specifically designed for advertising purposes. It can allow your message to travel via strategic routes that have been designed for desired audiences.  Besides, these vehicles can gather huge numbers by stopping in front of concert venues, event venues, and places with a huge crowd.

However, certain things should be considered before calling around for these mobile billboard advertising strategies. First and foremost, you’ll have to note the purpose of the ad campaign or the message the ad wants to convey. One of the major pitfalls of these modes of advertising is that messages you’re are displaying should appear concise and clear at a glance-this can seem quite daunting.

You can’t convey or portray a lengthy message on the side of a mobile billboard truck, as audiences won’t be able to read it. The key here is “the shorter your message, the better.” As billboard trucks are always in motion, remember to display appealing images with large texts or fonts. The colors used in this text should look exceptional and should be capable of grabbing people’s attention. An eye-popping poster or message that is precise can convey your brand’s message. Mobile billboards are one of the best forms of advertising strategies for the business. You can get started with this strategy gradually.