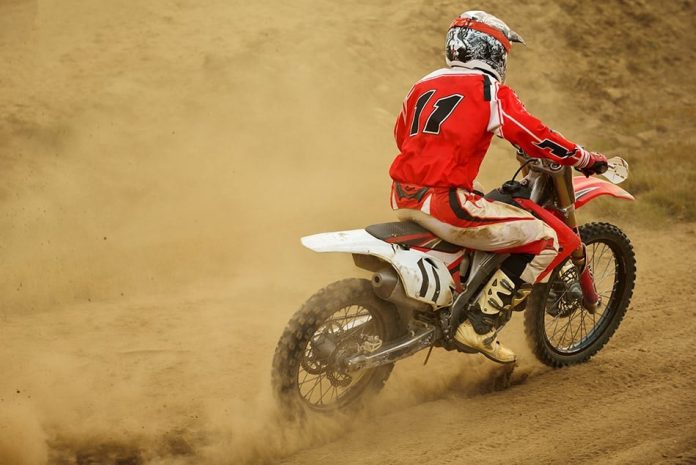 If you’re thinking of investing in a dirt bike, you’ve come to the right page.

Unlike other bikes, you need to know a lot of things before you ride an electric dirt bike. That way, you get to avoid accidents and untoward events that most neophytes encounter.

Here are the things you need to think about before riding your first dirt bike.

The first thing you need to do is turn the bike battery on to warm it up.

In most models, it’s as simple as turning the key towards the ‘on’ position. However, on some bikes, you need to press the ‘on’ button.

This act won’t start the engine per se, so you don’t have to worry about the bike running ahead of you.

You need to determine if your bike needs a choke. Generally speaking, you don’t need this if the bike was already used early that day. It’s also unnecessary if it’s warm outside.

However, if it’s particularly chilly in your area, you will need to pull this out.

This thing is located on the bike’s left side, near the place where your leg’s supposed to sit. In bikes such as the Yamaha TTR-50E, this flip switch can be found underneath the battery.

It’s crucial to go neutral whatever bike model you have.

If it doesn’t come with a clutch, what you need to do is sit on the bike and advance your left foot to the gear shifter. Push the lever with your foot down at least six times to make sure you’re at neutral.

You can set this to neutral for adult dirt bikes with manual clutches by pulling the clutch in. This is located on the left-hand side, where you usually find the brake on the bicycle.

Once you pull it in, the clutch will disengage the rear. This will then put the bike in neutral.

To put an adult bike on first gear, you need to do the same thing you did to the clutch.

Again, put your left foot forward to the gear shifter. Step on it for another six times to make sure you’re in first gear. The bike will start as you hold the clutch while it is in first gear.

While there’s an option to go neutral, it can get quite tricky if it’s your first time to ride an electric dirt bike. That said, you can do this bit later on.

After completing the steps mentioned above, you can finally start the engine.

If you’re using an older bike, then you need to use the kick starter. This is located on the right side near your seat.

While it’s quite complicated to start an old model, it’s easier to use a new one. All you need to do is to press the start button of your electric dirt bike.

Remember, only use a slight amount of gas when you use the kick or electric start. Avoid pulling the throttle too hard or for too long to avoid flooding the engine with gas.

Once you have started your bike, push the choke back if you used it beforehand.

It’s best if you warmed your ride a bit by leaving it on idle for at least two minutes. For manual bikes, you need to hold on to the clutch as you do this.

You can change gears on your dirt bike by using your shifter. This is located by the left front peg.

Since there is no bike display to tell you what gear you’re in, you need to try and feel for the gears.

There are five gears available on adult bikes. You get the first gear by stepping down on the shifter repeatedly.

You can get to neutral by hooking your toe underneath the shifter, only raising it by half a click. Don’t worry if you’re not able to get to neutral, since achieving this can be quite hard for first-time riders.

To get to second gear, you need to lift the shifter again. Doing this repeatedly will bring you to third, fourth, and fifth gear.

As for kids’ bikes without clutches, only three gears are available. Repeatedly stepping on the shifter puts the bike at neutral.

With every click you make, you put the bike in first gear, then second, then third.

As a beginner, the best way to ride an electric dirt bike is in the first gear.

You can do this by rolling back the throttle, which is located at the right grip handle. Carefully release your left hand’s grip of the clutch as you use your right hand to roll back the throttle.

It’s important to execute these two motions at the same time. If you release the clutch immediately, the bike will only move forward an inch, and the engine will eventually die. However, too much gas will shoot the bike way ahead of you, leaving you dazed on the ground.

That said, make sure to practice the movements before you take a ride. For best results, you should be a third of the throttle’s full range when you let the clutch out.

As you ride forward, don’t forget to switch to the higher gears. You know it’s time to do this when you hear the engine working doubly hard.

If you want to slow down, use your left foot to manipulate the gear shifter.

Pulling on the hand brakes like you would a regular bike would send you flying to the air. That said, you need to squeeze them gently.

Another good way to stop your bike is to use the foot brake. This is a small metal lever located in front of the right footpeg. This controls the back tire, so it gives a better, smoother stop.

There you have it – the basic things you need to know when you ride an electric dirt bike. While they may seem complicated at first, practicing them will give you an excellent handle of your bike.

TOP RECOMMENDATIONS ON SAVING YOUR MONEY ON CAR RENTAL

How Much Does It Cost to Lift a Truck?

Why LED Technology is perfect for car parks

How long do windshield wipers last?