Home Auto Can the 2022 Nissan Altima Be Recommended as an Ideal Family Car? 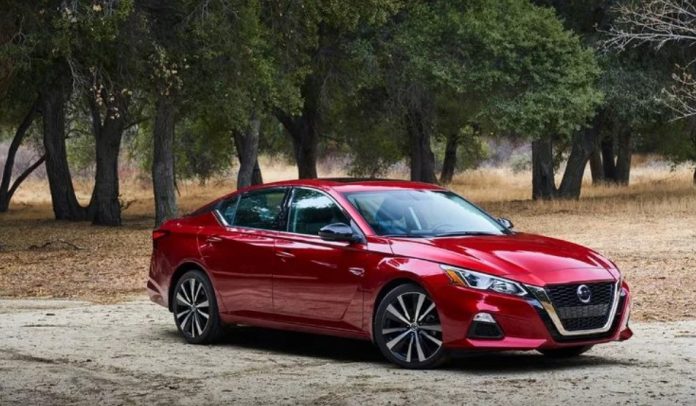 The Nissan Altima is a family sedan that has acquired a special position in its own segment for various reasons. On top of that, many auto experts recommend the family car buyers to invest in a Nissan Altima model that is now running its 2022 model year edition.

The 2022 Nissan Altima has a stylish bodywork that makes the people around keep looking its eye grabbing design, while the ones who take a ride in it, even to test the vehicle, feel it hard to resist and end up driving it home by the same day. At the Watsonville Nissan dealership, we came to know the fact why the 2022 Nissan Altima is so often tagged as an ideal family car for those who are driven more by individuality than the run-of-the-mill utility vehicles.

What Is Offered for the 2022 Model Year Lineup?

The year 2022 will not bring any new attire for the Nissan Altima sedan series. Rather, mostly it will be a carryover model to its previous generation. The 2022 model year edition of the Nissan Altima compact sedan series will contain two engine variants of different capacities,  one being the 2.5L inline-4 engine making 188-hp and the other,  a 2.0L turbo-4 engine which is rated at 248-hp.

The cabins of the 2022 Nissan Altima is well-equipped with features oriented towards higher levels of comfort and luxury. The cabin is spacious enough to seat five occupants. Its infotainment system gets you Android Auto and Apple CarPlay, but not as standard, you need to pay some extra bucks to get them installed.

Spread in five distinctive trim levels, namely the S, SV, SR, SL, and Platinum, the 2022 Nissan Altima sedans got the perfect pricing for each of them justifying the level of comfort which is valued against the number of features and their functionalities. Even the quality of materials climb higher the quality ladder, as you keep stepping higher the trim tree.  For the 2022 model year release, Nissan added to the Altima series a new feature package named Midnight Edition that is made available exclusively for the buyers who are planning to buy the SR trims.

As reported by the biggest Nissan dealership in Watsonville, the 2022 Nissan Altima model series of compact sedans will come in two power capacities. The lower one which is also the standard one is of 2.5L four-cylinder capacity that can produce 188 hp and 180 lb-ft. of torque. The higher trim SR can be powered by the optional 2.0L turbocharged four-cylinder engine, which is more than enough to generate 248 hp and 273 lb-ft. of torque. Both the engine variants get the same CVT transmission to pair wit, since that is the standard gearbox type Nissan has selected for this compact sedan series, Altima. What attracts buyers the most in this is that except for the base S trim, all the other trims can be configured as All-Wheel Drive.