Home Car Mazda 3 vs Mazda 6. Which One Should Be Yours? 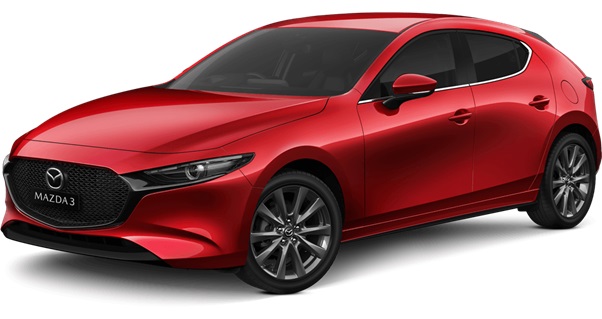 Both the Mazda 3 and Mazda 6 are much loved by Australians (demonstrated by consistently strong sales over many years). And much like in a family, sometimes there can be only one favourite – let’s have a look at how they match up alongside each other.

For the sake of simplicity, we will be focusing on the sedan versions of both models whenever numbers are involved.

Does the Mazda 6 really cost that much more?

Well even visually with the naked eye it looks to be a clear win for the Mazda 6, but let’s confirm.

Additionally it is unsurprising that the Mazda 6 sedan has a larger boot space, with 474L compared to the 444L of the Mazda 3 sedan.

How many variants does each one have across its entire range?

Mazda 6 only has a total of 8 variants, with 2 body types and 4 trims: Sport, Touring, GT and Atenza in either sedan or wagon.

How many engine choices and how efficient are they?

Three engines are available in the Mazda 3 range, either manual or auto transmission:

The introduction of the Skyactiv-X engine into the Mazda 3 range was the most exciting news after years of anticipation. It was hoped and expected by some that in addition to greatly increased fuel efficiency, the Skyactiv-X would provide a dramatic jump in terms of driving dynamics, enabling it to match or even exceed the thrilling experience of the Mazda 6. But sadly, at least on paper, it doesn’t seem possible.

Two engines are available in the Mazda 6 range, auto transmission only:

How about safety and security?

However there it seems that the Mazda 6 ended up with quite a few more features than the Mazda 3.

Safety features in the Mazda 3 that are not in the Mazda 6 are Drivers Knee airbag, Cruising & Traffic Support (CTS), and Driver Monitoring.

With the extra safety tech, the Mazda 6 would offer the safer drive, though one could argue the Mazda 3 already has an adequate amount of safety and driver assistance features.

Does the Mazda 6 win the Infotainment War too?

The answer is not really. In terms of features it is somewhat surprising to see that the infotainment display in the Mazda 6 is 8-inches, which is actually smaller than the 8.8-inch unit inside the Mazda 3, and also just as surprising is that they both have the same features and functions. Furthermore, the upgraded Bose sound system in the Mazda 3 has 12 speakers, whereas there seems to be one missing in the same upgrade to the Mazda 6 with only 11 speakers.

The ‘good’ news for Mazda 6 owners is that theirs is a touchscreen unit while the Mazda 3’s multimedia functions are controlled by a dial on the centre console.

Does one look better than the other?

The short answer would be no. Mazda’s designers strive to create an emotional connection between car and driver according to Mazda’s Kodo “Soul of Motion” design philosophy. The aesthetic values are held to the utmost importance, as they reflect each vehicle’s unique personality and purpose.