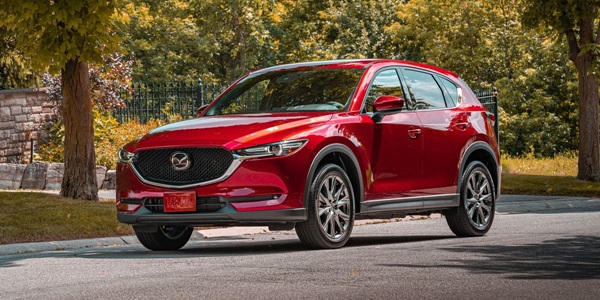 The market of automobiles has witnessed a revolutionary change in the last decade. Technology has cast a magic spell not only on the communication sector, but also under the hoods of the vehicles, making them run faster, smoother, and of course staying more fuel efficient. So, it is not difficult to understand that the market demand for high mileage cars will never fade but rise more and more. This fact is proven with every single day, when even used versions of high mileage cars like the 2019 Mazda CX-5 models are selling like hot cakes. Today we get to see more hoardings like used cars for sale Henderson than we used to, few years back.

Cars like 2019 Mazda CX-5 that also give you a choice to drive either with a non-turbo or turbocharged 4-cylinders would be mor popular than other models of its segment, mainly because of its higher fuel economy rates as estimated by the EPA. That got us the first reason behind its surging popularity, even when its newer editions are rolling on the roads. The 2019 model year edition of Mazda CX-5 had up on its sleeves the right combination of mechanisms that helped it earn the badge “fuel efficient” and “high mileage car”.

The entire 2019 model year lineup of Mazda CX-5 deserve the above-mentioned titles, since even at the base version, the front-wheel-drive CX-5 models can earn an EPA-rated mileage of 25 mpg in the city roads, 31 mpg when driven on non-stop highways and 28 from a combined trip. However, this trim can be configured all-wheel drive as well, with which the CX-5 models driving without the turbocharged engine can score 24 mpg, 30 mpg and 26 mpg respectively, on the same speeds.

There was also a turbo-4 version of the 2019 Mazda CX-5 available in the lineup that could achieve an EPA rating of 22 mpg, 27 mpg and 24 mpg on cities, highways and in a trip that combines both of them a bit.

With these powertrain combinations at work, just the last year, the 2019 Mazda CX-5 models could give back good throttle response while maintaining a decent fuel economy record.

Why Used Models are Getting More Sales

When a car like the 2019 Mazda CX-5 gets you a mileage of 30 mpg on highway, it already is paying you back through its fuel efficiency. Your invested money gets a good value indeed. But when you get to buy a gently used version of the same model, you actually profit almost double. It happens this way because you get all the same properties, virtues, features and abilities at a significantly lesser price, just because it is slightly used. Moreover, since, it is just a recent version of this car, it would not have got all its parts wearing off, that needs an early replacement. Chances are more that you get a model that has not even crossed the first milestone of its warranty period, encouraged the owner of a dealership showroom, where we saw the promotional ad reading used cars for sale Henderson.

How Much Does a Used Box Truck Cost

How easy is to get the replacement car key?

Things to do with Your Junk Vehicle