Home Auto All About Heads Up Displays 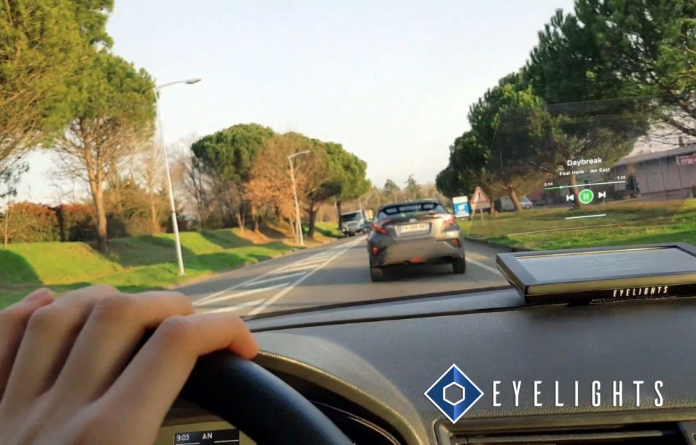 Driving a vehicle is one of the most common activities that people partake in on a daily basis. The car manufacturing industry has been flourishing throughout the past decades and, as a result, common cars have become much more comfortable, easier and safer to drive.

Even though driving saves people a lot of time and energy, yet, it can also be dangerous. Nowadays there are many tools to help drivers avoid any accident with one of them being a heads up display. It is clear that these gadgets aren’t only benefiting drivers with increased security but also giving them other perks. So here is all that you need to know about heads up displays!

What is a Heads Up Display?

A car HUD display is a gadget that allows drivers to display important information about the car in front of them. This gadget was at first built into vehicles and presented as an upgrade for newer cars since 2014 costing around 1,000 USD. Later, due to the rising popularity of this new gadget, separate heads up displays entered the market that can be integrated with most cars. This also caused the price of the technology to lower making it more accessible for everyone.

Advantages of a Heads Up Display?

A heads up display not only shows the information on a car but also from the driver’s phone. By connecting the HUD device to a phone, the driver has the opportunity to switch music, read texts, accept or decline calls and use GPS applications. This allows the driver to get less distracted by their phone and pay more attention to the road.

Driving a car involves a lot of multitasking which can be hard for lots of people. With a heads up display, drivers can have important information on the car in their field of view, which will allow them to stay focused and look around less. This also makes driving even more convenient. On top of that, unlike many of the gadgets that we use nowadays, heads up displays are easy to install, intuitive to use and don’t require much effort from people who aren’t knowledgeable in tech.

As stated before, one of the biggest appeals for HUD car devices is how they increase the safety for drivers. It is no secret that distraction plays a huge role in car accidents and, hence, by decreasing distraction we also reduce the possibility of getting into car crashes. The heads up display not only makes car data accessible but also displays information from the biggest distraction nowadays, smartphones, enabling drivers to keep all of the information right in front of them as they drive.

The Best Heads Up Display in the Market

The market for Heads Up Displays has grown immensely recently and it may be hard to pinpoint exactly which ones are good and worth the money and which ones simply aren’t. Currently, the best HUD for car that you can get is the EyeLights heads up display. This gadget not only offers all the above-mentioned advantages of a HUD but also allows users to control the information on the display through gestures making usage of the gadget even simpler.